I just applied for the NYC Half Marathon. Good chance I won’t get in, but I’m hoping to run 3 – 4 Half Marathons next year as well as the NYC Marathon, so I applied anyway.

Also, trying to keep a new baseline of 15 miles a week:

My lovely wife Maria bought me an assortment of running treats. I’ll be reviewing these in upcoming posts. 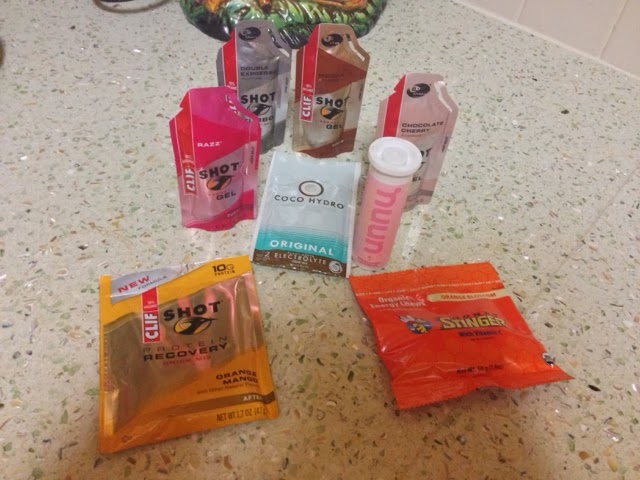 After being buoyed by a PR yesterday, I fancied a little cool down run, and was surprised at grabbing a negative split at the end.

But where’s my 8-minute mile?

27:35 on a cross country run with zero drop shoes. Not bad old man!

OK, so today was the Staten Island half marathon… and also the Harry Murphy Cross Country Classic 5K. I did the 5K!

It wasn’t without a minor mishap though – I forgot my tried and trusted running shoes, and had to run in my ‘zero drop’ Merrells. A little hillier than I expected, I was originally hoping to run this in 26 minutes. There were no clocks on the route, so I don’t know my time, but I think it was closer to 28 than 26 mins… I won’t find out until 1:00pm tomorrow.

My next officially timed race is the NYRR Dash to the Finish Line, which is on the Marathon weekend and a 5K gallop to the Marathon finish line… 26 minutes? I think I can do it…

So today was a minor milestone, having broken 45 minutes for a 5 mile run. This is better than my previous best of 48:32 for a five mile race. Of course, it doesn’t count as a PR, because it wasn’t officially timed. Even so, not a bad little jog, and great negative splits.

Grey sky and beanie, it must be Fall. 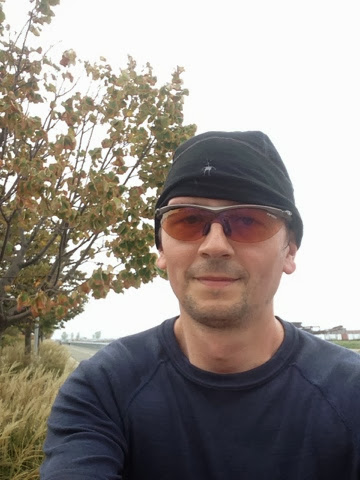 When I was 14 years old, along with thousands of other British kids I was the front line for a new type of educational curriculum, called the General Certificate of Secondary Education (or GCSE). At the start of this 2 year endeavour (think of this as junior high in the US), you were advised to take 9 or 10 subjects. Some of these were compulsory; English Language, Mathematics, Religious Education and Physical Education. Then you had to select another 5 from a list, but include at least one science and one social science as well as one ‘creative’ class. The choices were Physics, Chemistry, Biology, Computer Science, History, Sociology, Psychology Economics, Art, English Literature, Typewriting, wood and metal work etc.

In addition to this life-determing moment at the tender age of 14, my dad had sent me off to a different school than my catchment area might otherwise have precluded. I didn’t know anyone there at all; none of the teachers, none of the pupils, and so had little. When I returned home, my dad asked me which subjects I had chosen. They were; Biology, History, Sociology, English Literature and Typewriting. My dad was shocked, and had good reason to be. At the time, I loved computers, electronics, anything I could take apart and put back together. I couldn’t really explain why I’d chosen subjects I knew little about and hadn’t really shown any interest in up until then. When I chose my A-Levels, I cemented that educational path with Sociology, Psychology and Geography.

The truth is, I didn’t really want to be a ‘geek’. I’d seen the kinds of kids who hung around in the computer labs and went to the extra-curricular physics classes and bluntly, they were boring. I didn’t want the only conversation I could strike up to be about bits and bytes (despite being a fairly handy programmer), or how to get to level 256 of Bounty Bob Strikes Back. I wanted to be able to discuss Marx and dialectical materialism, or the 6-day war and Palestine. Perhaps it was part of being an only child and having few friends or peers, that your most pressing concern is impressing adults.

I didn’t do particularly well in my later education – in contrast to my early years; I practically aced every test I took up until I was 15 or so, and then barely passed everything else – but I did become a reasonably well rounded person, quite possibly because I chose to study things that I wasn’t naturally interested in.

Ever since then, I think I’ve carried a dichotomy inside me. Things I do because I like the idea of those things, and things I do because I’ve always enjoyed doing those things. At this point in my life, the distinction is getting blurrier. With running, I didn’t honestly enjoy it to start with, as I testified in my very first blog entry. Even after 2 or 3 months, it was more the idea of it, and the idea of being like other runners who always seem so purposeful and strong. Now, over a year later, I can honestly say this is something I do enjoy and get a great deal of satisfaction from.

Even so, there is a part of me that could still quite happily blow 30 hours or more over a weekend, playing a computer game like Elite 2 or Civilisation, as I often did 20 years ago. Which begs the question; who am I really?